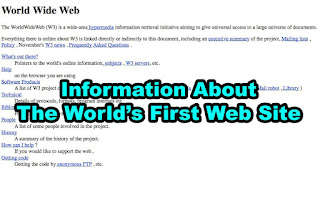 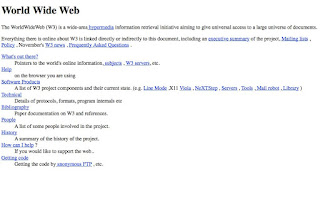 The son of computer scientists, Berners-Lee was born in London in 1955 (the same year as Steve Jobs and Bill Gates) and studied physics at Oxford. While employed at CERN in the 1980s, Berners-Lee observed how tough it was to keep track of the projects and computer systems of the organization’s thousands of researchers, who were spread around the globe. As he later stated: “In those days, there was different information on different computers, but you had to log on to different computers to get at it. Also, sometimes you had to learn a different program on each computer.” 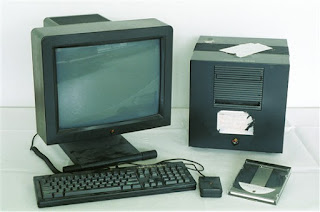 In March 1989, Berners-Lee gave managers at CERN a proposal for an information management system that used hypertext to link documents on different computers that were connected to the Internet. (Hypertext, a term coined in 1963, allows a person to get a document or piece of content by clicking on a coded word or phrase.) Labelled “vague but exciting” by his boss, the proposal at first wasn’t accepted. Berners-Lee teamed up with Robert Cailliau, a Belgian engineer at CERN, to refine the proposal, and in 1990 the Englishman’s boss gave him time to work on the project. After originally calling the project Information Management, Berners-Lee tried out names such as Mine of Information and Information Mesh before settling on WorldWideWeb.
By the end of 1990, Berners-Lee, using a Steve Jobs-designed NeXT computer, had developed the key technologies that are the bedrock of the Web, including Hypertext Markup Language (HTML), for creating Web pages; Hypertext Transfer Protocol (HTTP), a set of rules for transferring data across the Web; and Uniform Resource Locators (URLs), or Web addresses for finding a document or page. He also had devised a basic browser and Web server software.
The beginning of the Web as a publicly available service on the Internet arrived on August 6, 1991, when Berners-Lee published the first-ever website. Fittingly, the site was about the World Wide Web project, describing the Web and how to use it. Hosted at CERN on Berners-Lee’s NeXT computer, the site’s URL was http://info.cern.ch. 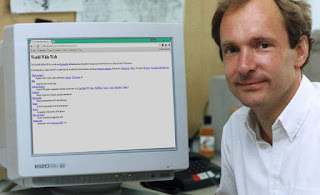 Berners-Lee didn’t try to cash in on his invention and rejected CERN’s call to patent his Web technology. He wanted the Web to be open and free so it could expand and evolve as rapidly as possible. As he later said, “Had the technology been proprietary, and in my total control, it would probably not have taken off. You can’t propose that something be a universal space and at the same time keep control of it.”
In 1993, a team at the University of Illinois’ National Center for Supercomputing Applications released Mosaic, the first Web browser to become popular with the general public. The next few years saw the launch of such websites as Yahoo (1994), Amazon (1995), eBay (1995) and Google (1998). By the time Facebook debuted in 2004, there were more than 51 million websites, according to Internet Live Stats.
Meanwhile, in 1994, Berners-Lee left CERN for the Massachusetts Institute of Technology, where he founded the World Wide Web Consortium (W3C), an organization that maintains standards for the Web. The low-profile visionary went on to be named one of Time Magazine’s 100 Most Important People of the 20th Century, and in 2004 was knighted by Queen Elizabeth II. In 2009, Berners-Lee started the World Wide Web Foundation, an organization focused on ensuring the Web benefits humanity. During the opening ceremony at the 2012 Summer Olympics in London, he was honored for inventing the Web and tweeted, “This is for everyone.”